Tucked away in a peaceful forest outside of Auburn, Alabama is a stately, unexpected farmhouse reminiscent of those found in the of north of France.

The owners established a vision for their French farmhouse-style home after studying designs of old farmhouses and collecting thousands of images. The goal was to develop a concept that resembles the time-loved home of an old-world farmer from two centuries earlier.

With quality outweighing time as the priority, an “inspiration trip” to France was in order. In 2013, the owners traveled to Normandy with our founder, Louis Nequette. This trip was a rousing success and the owners’ dream of a French farmhouse began to come to fruition in Louis’s sketches done on the flight back to Alabama.

The rest of the home-building team came together as a result of the owners’ attention to meticulous details and careful selection of artisan talents from across the world. Construction began in 2015 with building materials that are simple and sturdy – wood, glass, plaster and stone.

Inside, from the plaster work to the placement of the large wooden beams in the kitchen, the home embodies the immaculate craftsmanship of true meticulous artisans. The finest of French antique pieces carefully adorn each room to fill the home with a classic beauty. One fabric was universally used on all the drapery in order to emulate the simplicity of a “farmer’s wife’s” selection of that period. The entire décor encompasses extreme authenticity to its creation.

While this farmhouse was only completed as recently as 2017, it looks as if it has been nestled in the Alabama countryside for a century or more. This project is one of a true collaboration between owner and architect. Between architect and builder. Between past and present. 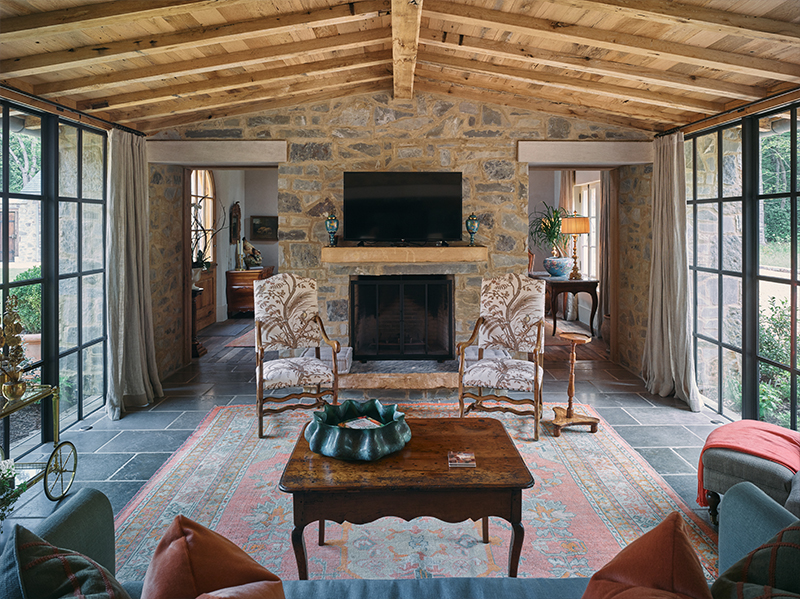 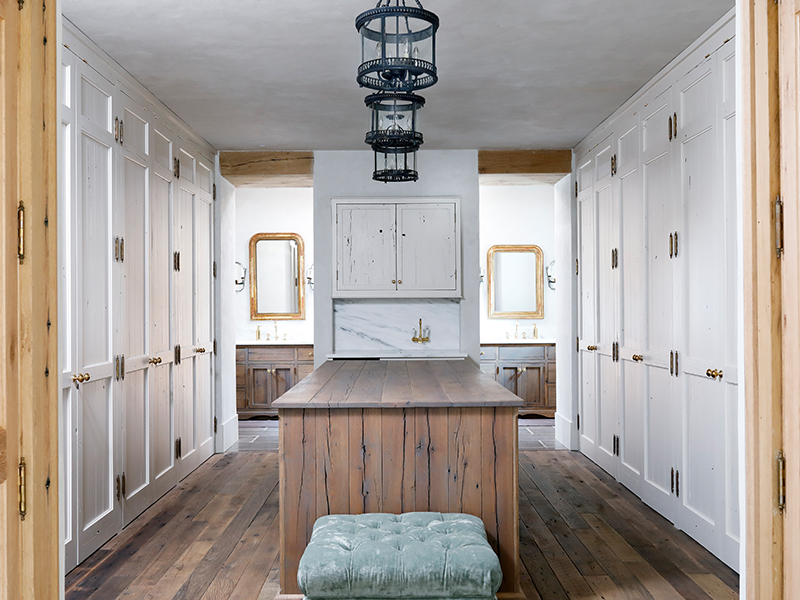 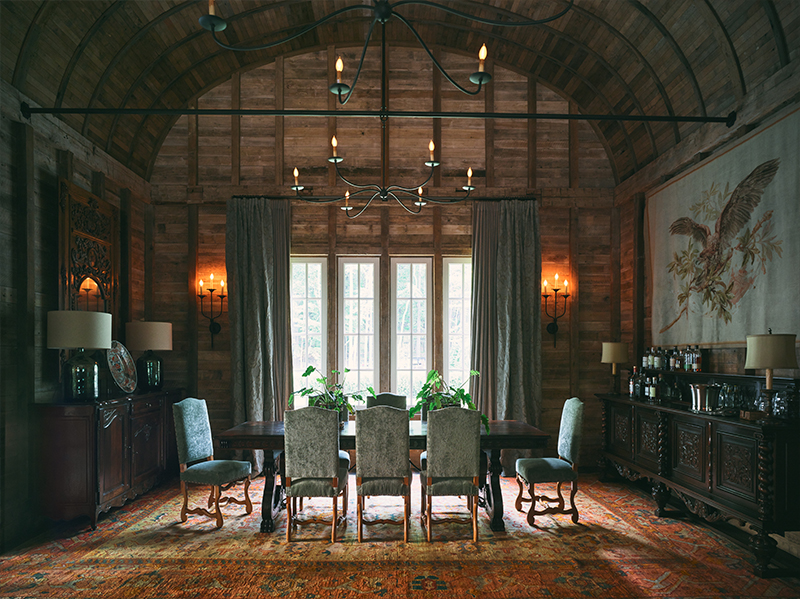 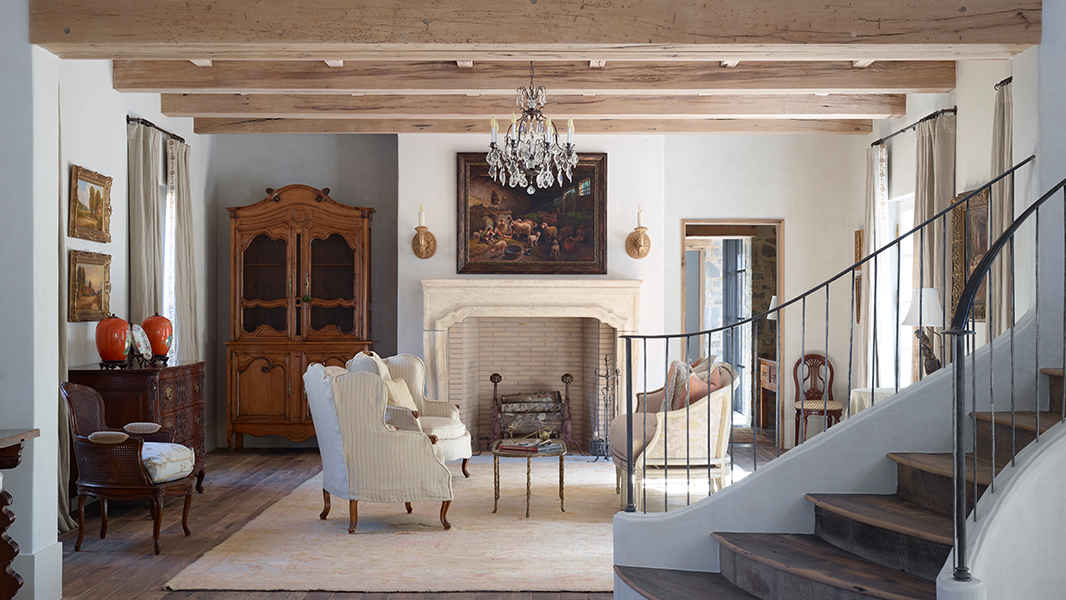 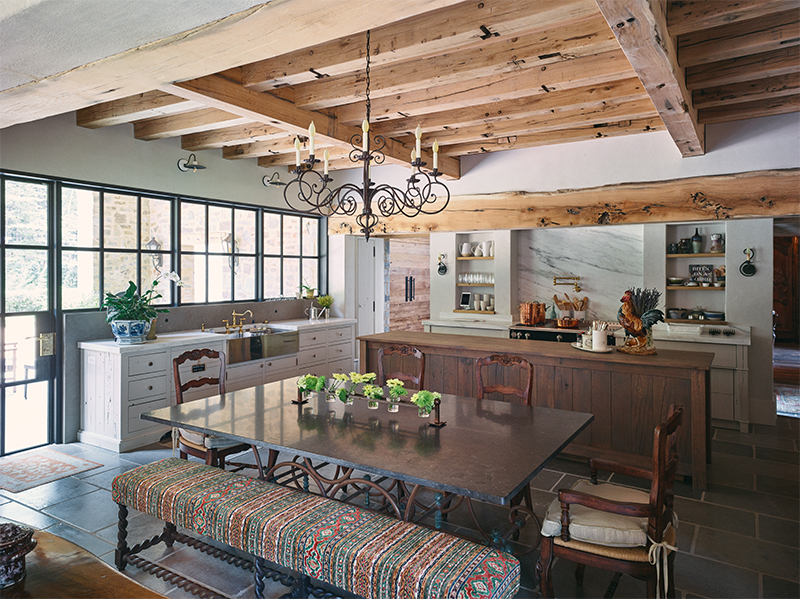 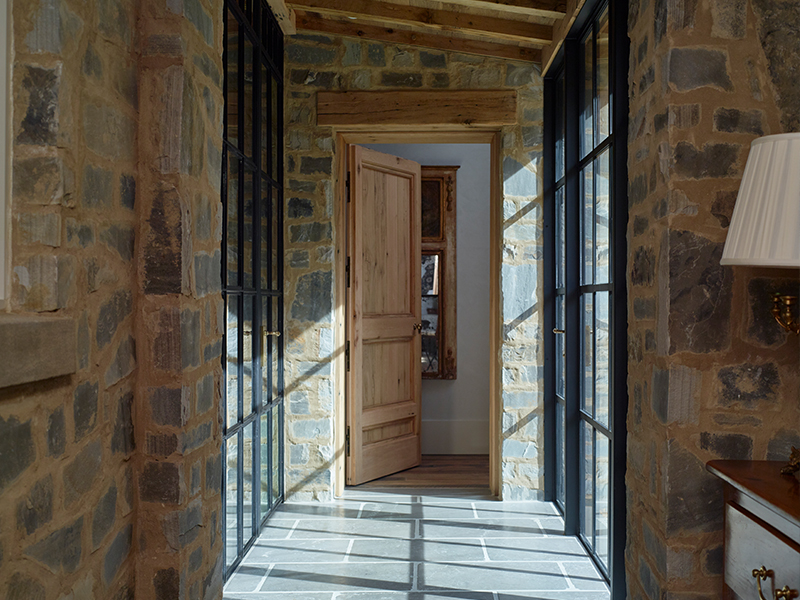